"Ushering in the latest automotive trends, the 2017 New York International Auto Show will showcase an incredible collection of cutting-edge design and extraordinary innovation. More than four floors of displays from the world’s automakers will feature the newest vehicles and latest futuristic concept cars.  Nearly 1,000 cars and trucks will be on display at North America’s first and largest-attended auto show dating back to 1900."

To view the AutoKnowledge coverage from the show you may load the 2017 New York Auto Show saved workspace in our Vehicle Information Center. 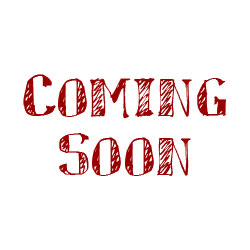 2018 Buick Enclave: Buick is redesigning the Enclave, a midsize CUV whose platform-mates (the Chevrolet Traverse and GMC Acadia) have already been retooled. The Enclave is expected to stay closer in size to the Traverse, whereas the Acadia shrank during the latest change.

Toyota FT-4X Concept: The FT-4X concept is likely to provide a glimpse at an upcoming Toyota model meant to take on offroad-ready competitors like the Jeep Wrangler and upcoming Ford Bronco. It may prove to be a new generation of an FJ Cruiser-like vehicle.