The press days for the 2019 North American International Auto Show in Detroit are scheduled for January 14th and 15th, followed by a public show that will run through January 27th of 2019.

"The world’s automotive and mobility leaders gather for three days of worldwide product and technology debuts all under one roof."

"Last January, the 2018 NAIAS featured 69 vehicle introductions, including 52 worldwide debuts. News coming out of NAIAS is heard across the globe as nearly 5,100 journalists from 60 different countries annually attend to cover the latest and greatest happenings our industry has to offer."

To view AutoKnowledge coverage from the show you may load the 2019 Detroit Auto Show saved workspace in our Vehicle Information Center. The 2020 Cadillac XT6 rounds out Cadillac's crossover lineup with a range-topper. It also presents an option for people who wanted a three-row Cadillac but didn't want something as large and truck-like as an Escalade. This is partly achieved through using a naturally aspirated 3.6-liter V6 powering either the front or all four wheels. A nine-speed automatic transmission sends the V6's 310 horsepower and 271 pound-feet of torque to the ground.

The XT6 is split between two trim levels that appear to be marketed as different rather than one being better. The first is redundantly called Premium Luxury. A chrome grille and trim, red taillights and unique 20-inch wheels distinguish it as such from the outside, while wood trim covers the inside. The second is Sport, and black trim replaces the chrome, red taillights are swapped for clear, and carbon fiber supplants the wood inside. It has different 20-inch wheels as well as optional 21-inch pieces. The Sport gets mechanical tweaks, too, including continuously adjustable shocks and a standard all-wheel-drive system with yaw control.

The new Explorer's looks are clealry and evolution of its predecessor' styling, but the dimensions are quite different - the rear drive platform and long roof make it appear to sit lower, and its interior is more spacious than before.

A three-seat bench is standard in the second row, but individual captain’s chairs with a low center console are optional. Every seat in the second and third rows features LATCH attachment points for child seats.

The Explorer’s dashboard features an optional 10.1-inch vertical infotainment touchscreen - the standard screen measures 8.0 inches in size and is mounted horizontally. A 12.3-inch digital instrument cluster is also on the options list. The Explorer comes standard with Apple CarPlay and Android Auto compatibility as well as a Wi-Fi antenna that can connect to 10 devices at once. A 980-watt B&O audio system is optional and the Explorer features four USB ports including Type C outlets, a 110-volt household-style outlet, and three 12-volt sockets.

When it goes on sale this summer, the 2020 Explorer will be available in XLT, Limited, Limited Hybrid, ST, and Platinum trim levels. Ford has not detailed the hybrid and ST powertrain yet. 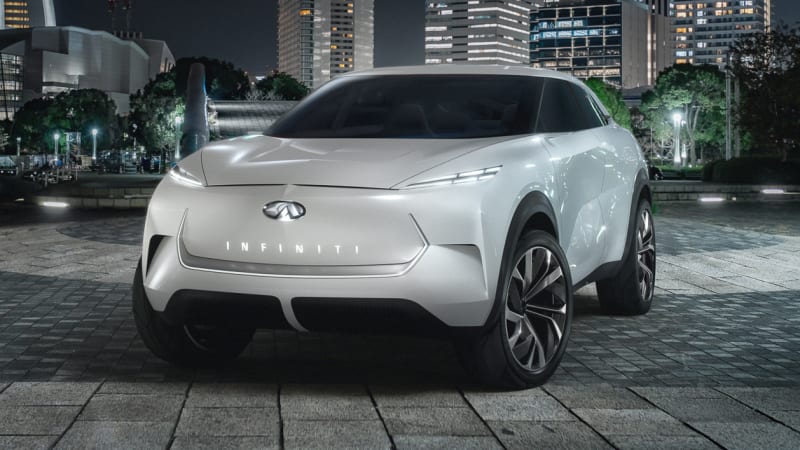 INFINITI showcased an all-electric CUV in Detroit called the QX Inspiration concept, and stated that they are working on a version headed for production. The concept's inspiration is said to be the original FX crossover from the early 2000s, and it's styling should trickle down to future INFINITI high performance electric vehicles. The QX Inspiration is 183.1 inches long, 64.2 inches tall, and rides on a 112.2 inch wheelbase, positioning it directly against mid-size crossovers like the BMW X3 and Mercedes-Benz GLC-Class.

The QX Inspiration rides on a new EV platform that will be used on production Infiniti models - the battery pack is hidden beneath the floor and there is an electric motor for each axle. This e-AWD system can distribute power to all four wheels individually for impressive performance. No estimates were given for the QX Inspiration's range. 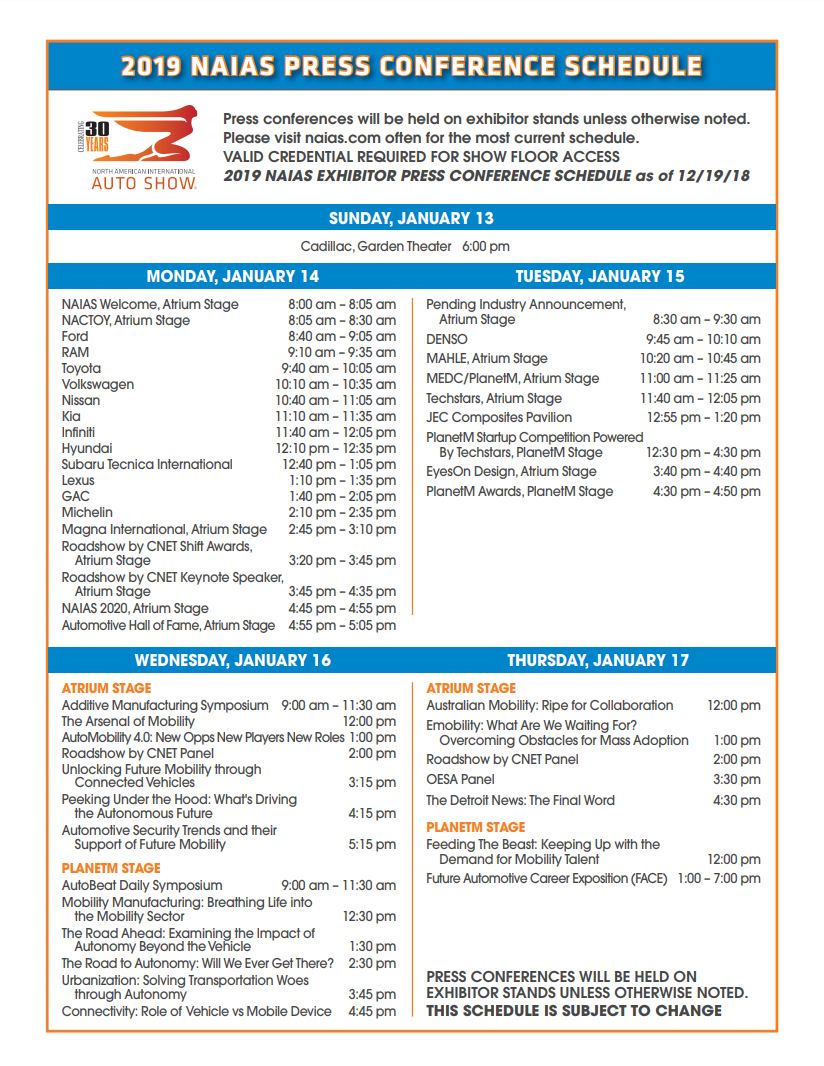 This list provides a quick overview of what was released at the show and acts as a log of live image, press kit image, and OEM press release integration into our Vehicle Information Center: