The press days for the 2022 Chicago Auto Show occurred on February 10th and 11th, and were followed by a public show that ran through February 21st of 2022. 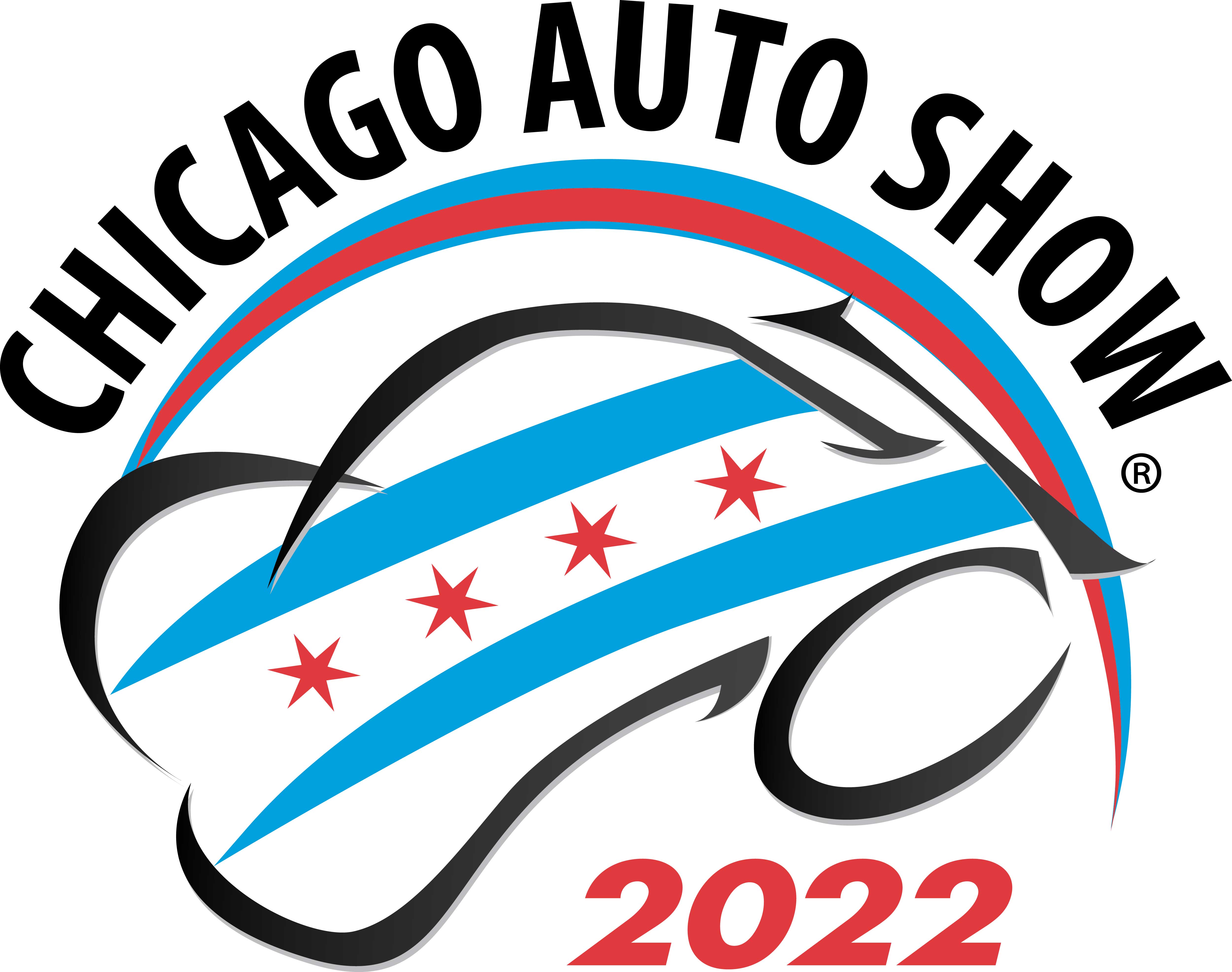 Detailed coverage for the show can also be found by loading the 2022 Chicago Auto Show saved workspace in our Vehicle Information Center.

The Chicago Automobile Trade Association (CATA) is the nation's oldest and largest metropolitan dealer organization. The CATA has produced the Chicago Auto Show since 1935.

All Chicago Auto Show exhibits are held in the McCormick Place complex. Exhibitions include: multiple world and North American introductions; a complete range of domestic and imported passenger cars and trucks; sport utility vehicles; and experimental or concept cars. In total, nearly 1,000 different vehicles will be on display. Additionally, attendees will also have the opportunity to see numerous accessories and auto-related exhibits, competition vehicles and project, antique and collector cars. 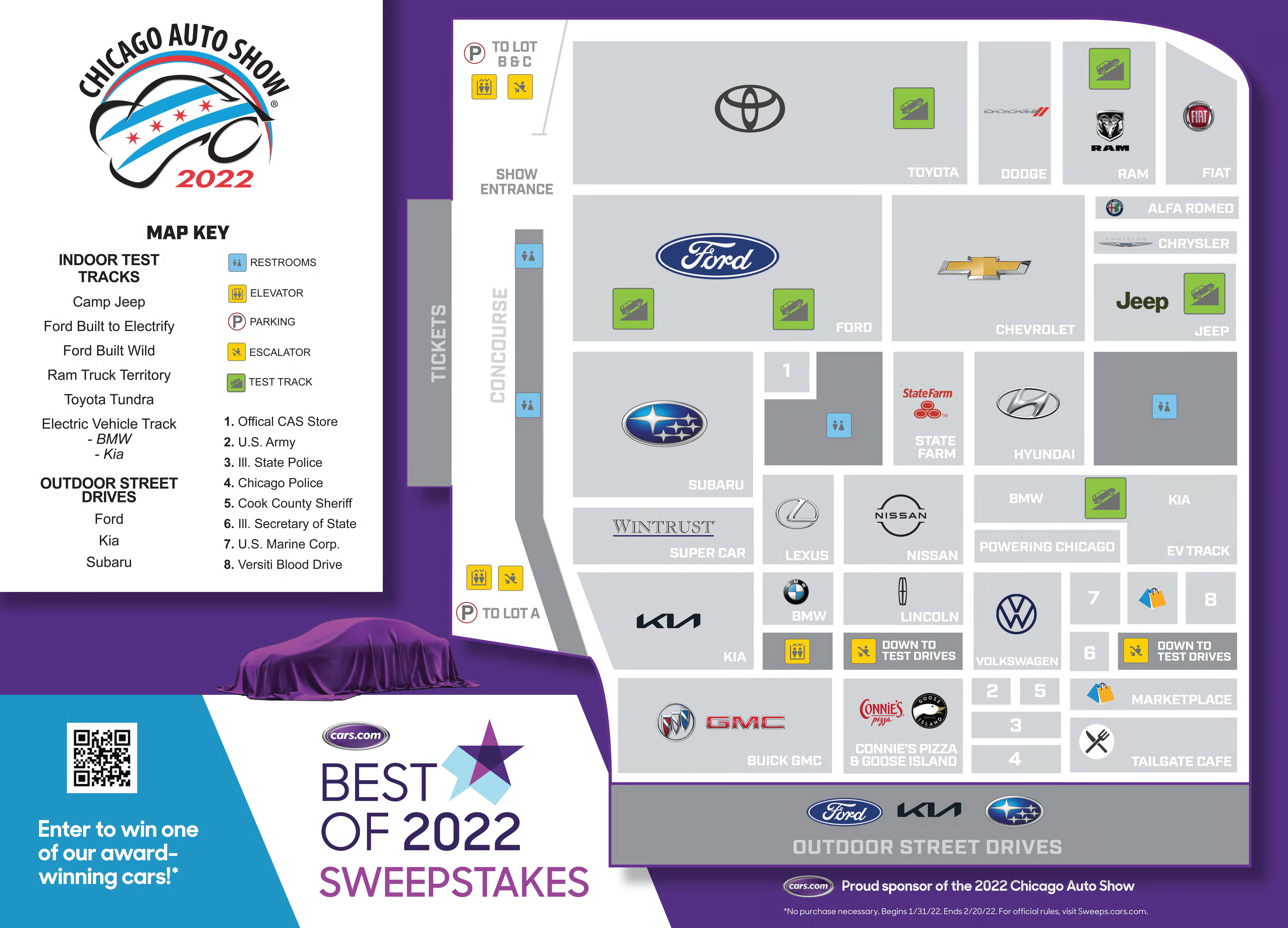 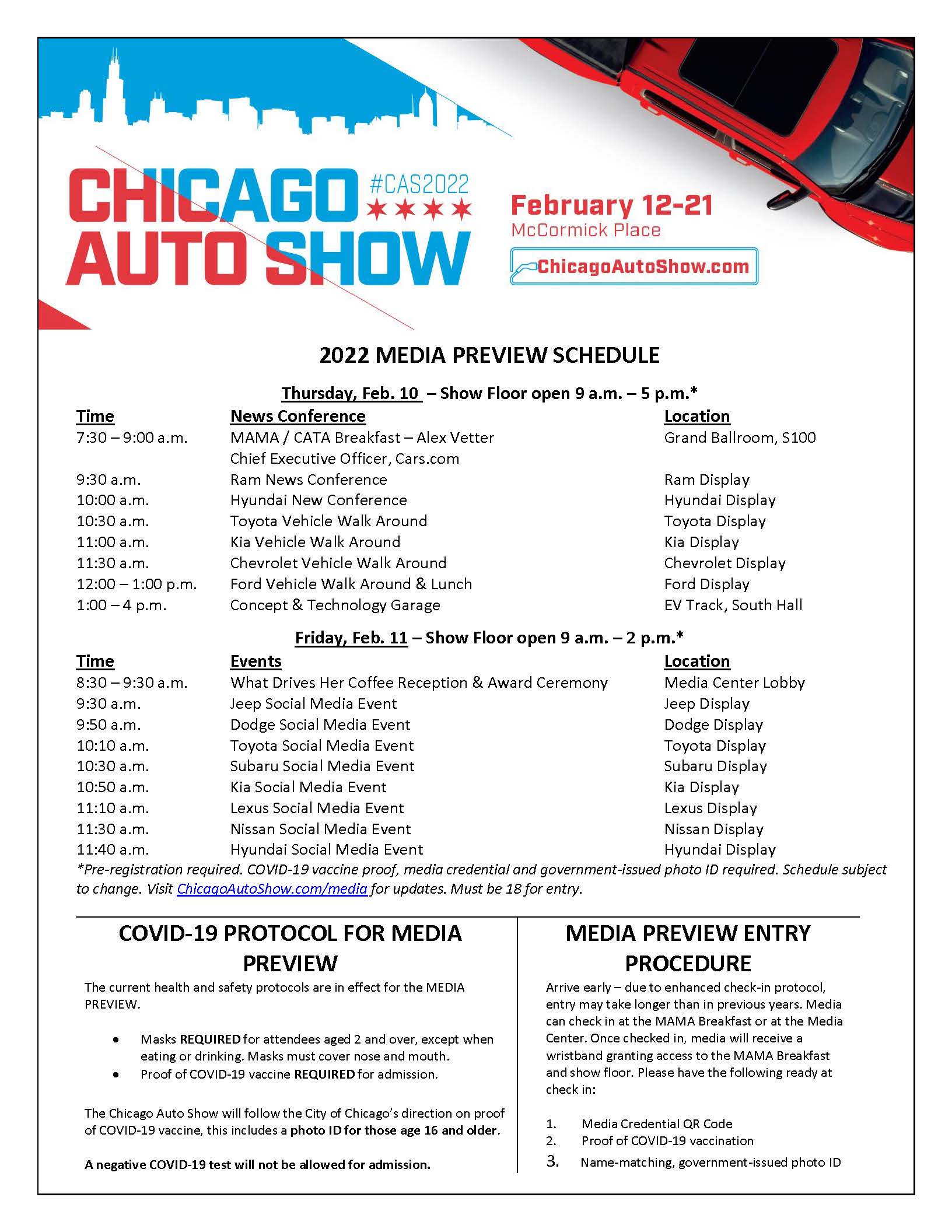 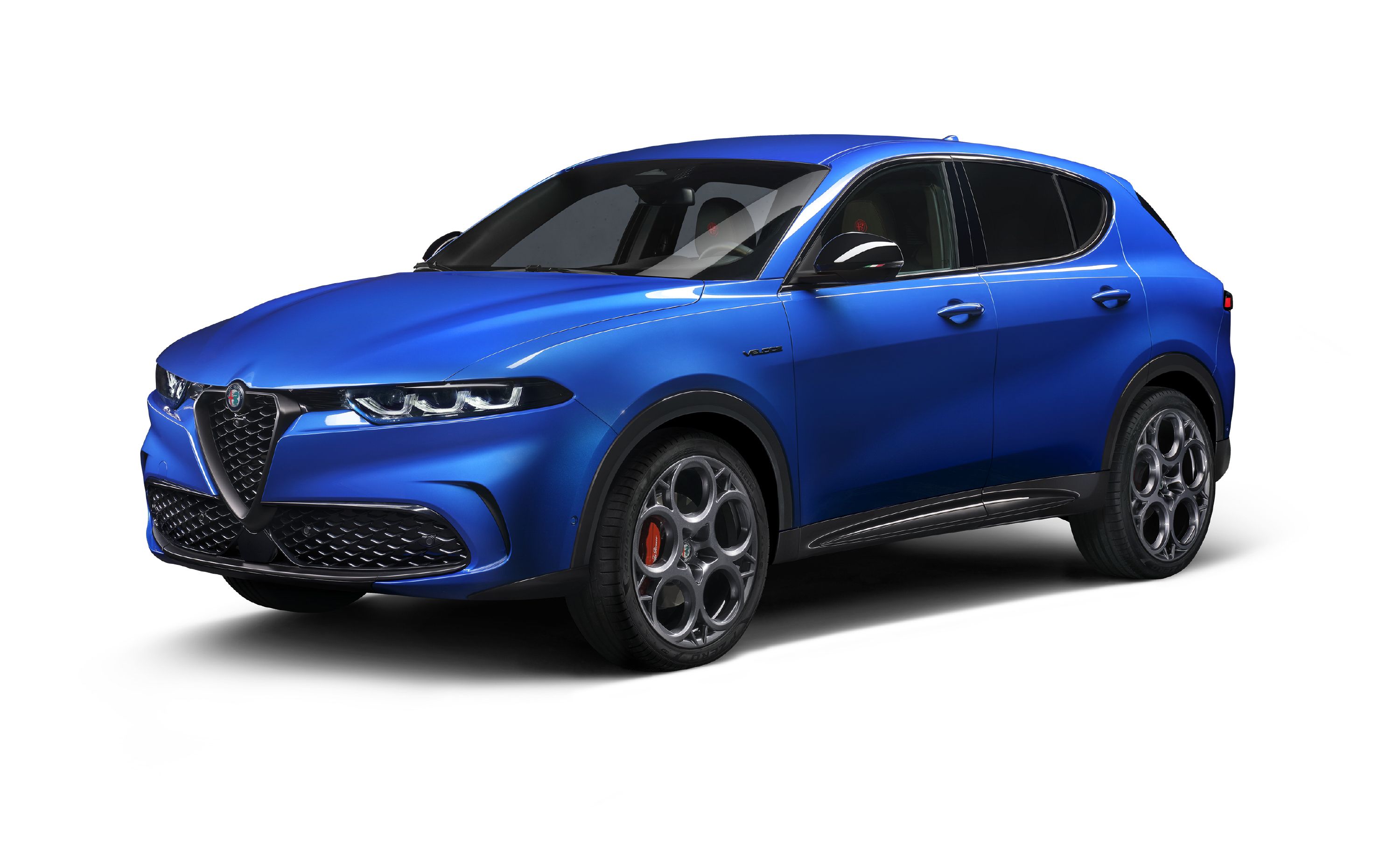 Alfa Romeo is launching a new premium compact crossover - the Tonale. The Tonale will be the first Alfa Romeo offered with a plug-in-hybrid powertrain. It will also come with a non-hybrid 2.0-liter turbocharged inline-four.

Alfa Romeo says the Tonale will be the first vehicle to come with a NFT digital certificate, which will record vehicle data throughout the car’s life cycle and act as a certificate that the Tonale has been correctly maintained and serviced.

The Tonale goes on sale in the first quarter of 2023, with order books opening late this year and pricing information still to come. 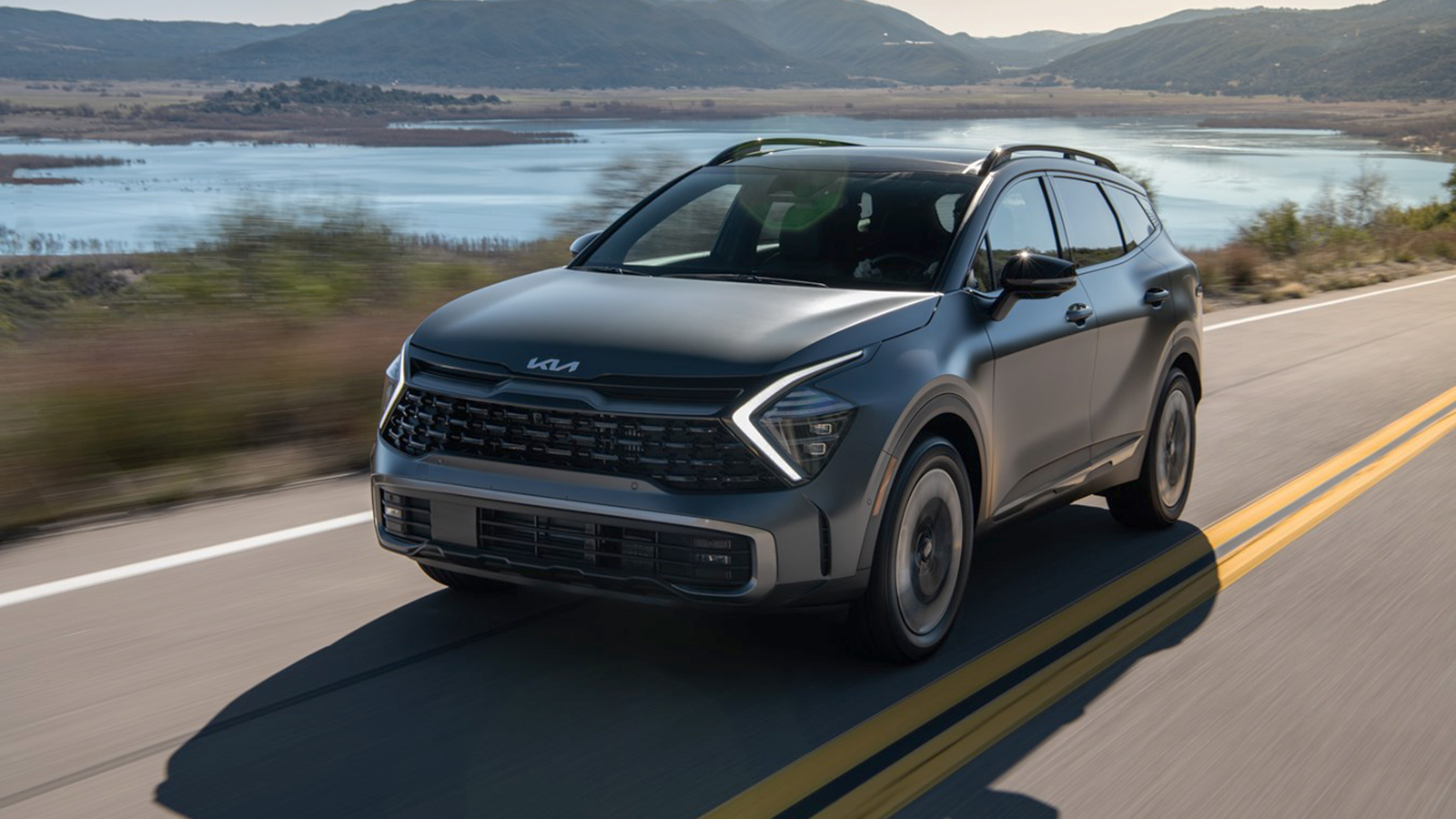 The 2023 Kia Sportage lineup has expanded once again with the reveal of the plug-in hybrid variant. It features an estimated 32 miles of electric range, but that's not all. It also gets standard all-wheel drive and is the most powerful Sportage option.

The Sportage PHEV gets a turbocharged 1.6-liter four-cylinder rated at 177 horsepower, plus a 66.9-kw electric motor. These are the same specs as the powertrain in the larger Sorento PHEV, so we suspect the combined output is the same: 261 horsepower and 258 pound-feet of torque. That's a little more than 30 horsepower over the regular Sportage hybrid.

The engine is connected to a six-speed automatic transmission and all-wheel drive. This is the only configuration available for the PHEV. Electric range is estimated to be 32 miles from the 13.8-kWh battery pack. Kia also estimates that a full charge can be obtained in two hours on a Level 2 charger. Full EPA fuel-economy numbers haven't been announced yet.

The Sportage PHEV is also only available in X-Line trims (regular X-Line and X-Line Prestige), which come with more off-road oriented body work, satin chrome accents and gloss-black alloy wheels. The hybrid SUV goes on sale in the third quarter of 2022. Pricing has not yet been announced, but we would expect it to be the most expensive version of the Sportage. Chevrolet has unveiled the refreshed 2023 Blazer, which receives slightly updated styling, a big 10-inch infotainment screen, new colors, and new wheels. The refreshed Blazer will go on sale during the summer of 2022. GM has not yet revealed what impact these updates will have on the price of the vehicle.

From the outside, the updates are very subtle and the overall shape remains unchanged. There are, however, tweaks to some of the details that make a difference. The brightwork in the grille, for instance, still underlines the DRLs but now splits down to the reshaped lower light. Around back, the taillight design has also changed, with Chevrolet opting for an intersecting pattern instead of the chevrons the Blazer had previously. Along with those changes, Chevrolet is adding some new wheels to the mix in 18-, 20-, and 21-inch sizes. Customers will also be able to get their Blazer in Fountain Blue, Sterling Gray Metallic, Copper Bronze Metallic, and Radiant Red Tintcoat exterior colors, all for an extra charge.

Inside, the RS model also gets a new color: Nightshift Blue (which sounds like it would make a pretty good rockabilly song). More importantly, all models now come with a 10-inch center touchscreen to help with all your infotainment needs. Wireless charging for smartphones is now available on all models (standard on the RS and Premier models, available as an option on the lower 2LT and 3LT models) and 4G LTE Wi-Fi Hotspot is also available now.

Cadillac has released performance trim for the large Escalade SUV - the Escalade V. The Escalade V gets a revised front bumper, quad-tip exhaust, lots of black trim, and a faux-rear diffuser. Power is expected to come from a detuned version of the supercharged 6.2-liter LT4 V-8 found in the CT5-V Blackwing sedan. The Wrangler Jeep Beach model starts as a High Tide and adds unique 'Beach' hood decals. Production will be limited to 500 units and pricing starts at $49,240 when the special edition goes up for order in March of 2022. 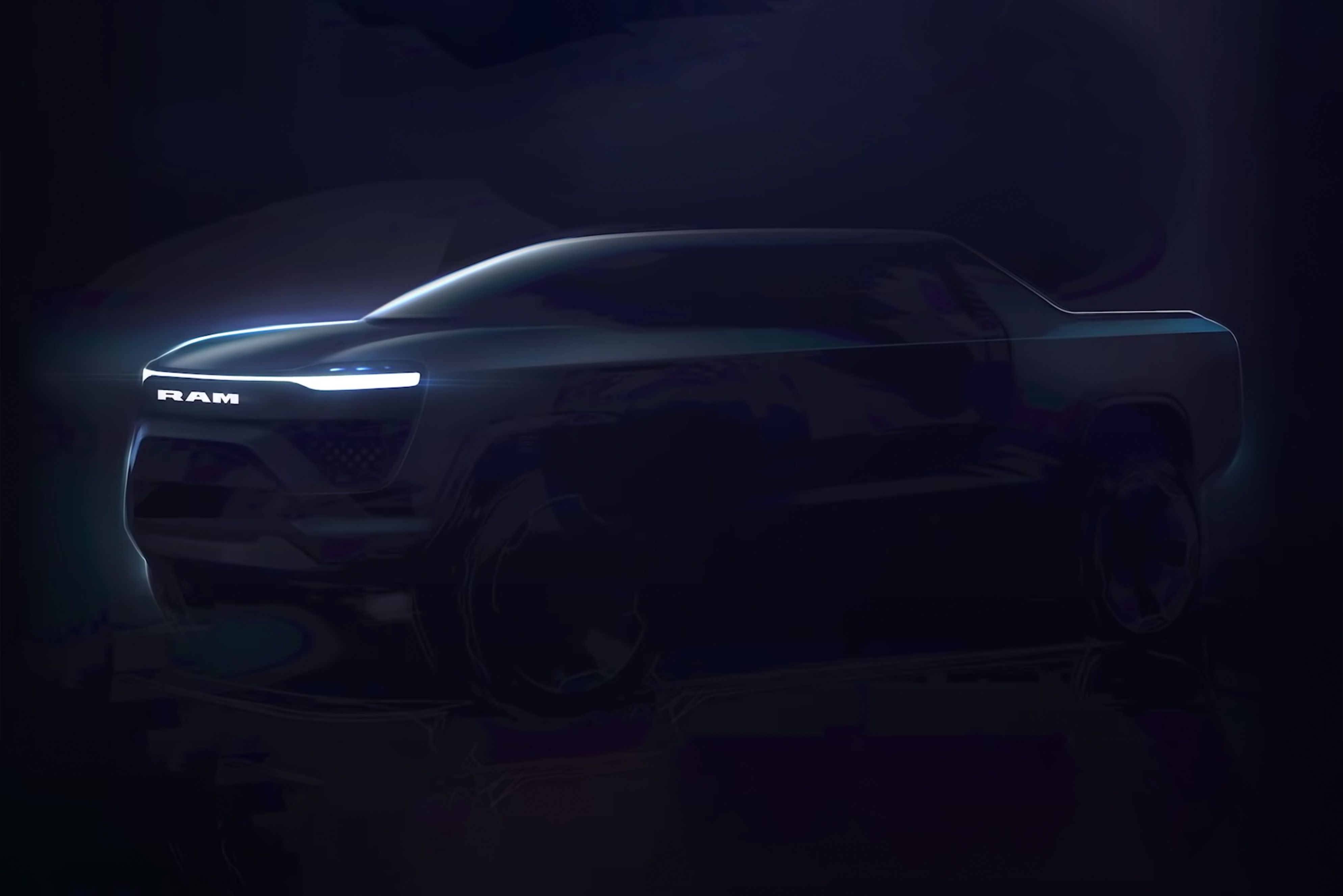 Stellantis used the 2022 Chicago Auto Show to announce a unique strategy for bringing an electrified pickup truck to market - by equipping future Ram EVs with a range extender to ease range anxiety.

A range extender is a combustion engine that serves only to recharge the truck's battery (which would technically make the future Ram truck a Plug-In Hybrid). No current electrified pickup trucks have implemented this type of setup, though Ford has patented a bed-mounted range extender for the electric F-150 Lightning.

This strategy may be a good way to attract buyers interested in electric trucks who plan on using them to tow, as it significantly affects efficiency and range. Recent towing tests showed the Rivian R1T's indicated range dropping from 270 to just 103 miles when towing a modest load (only half of the truck's 11,000-pound max). 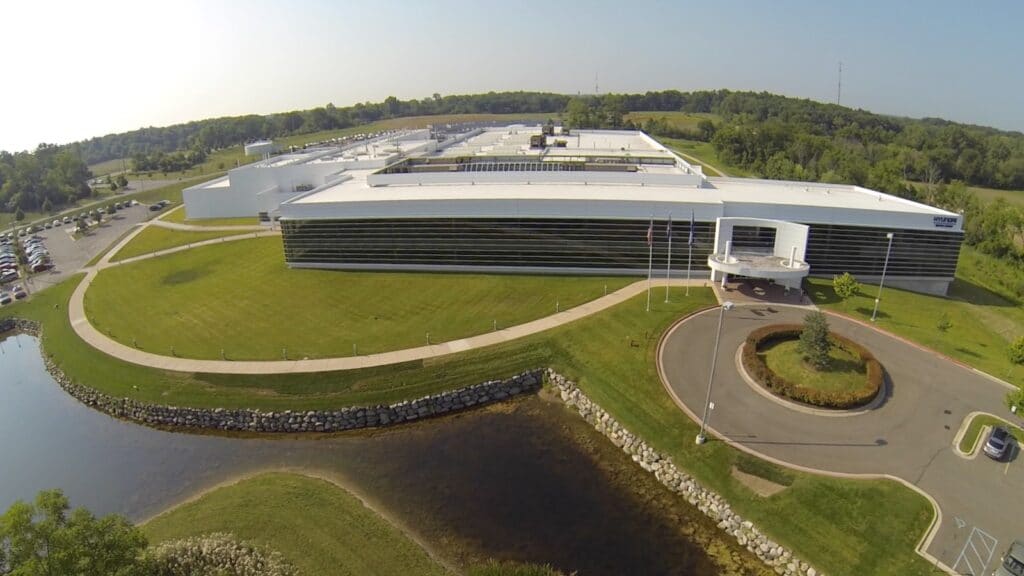 Hyundai chose to focus on safety rather than rolling out a new car or concept at the Chicago Auto Show. During its conference, the automaker announced plans to launch a new Safety Test and Investigation Laboratory in Michigan, alongside its current technical center. This new $50 million facility will help Hyundai quickly address problems reported on current vehicles while also helping develop future safety technologies.

Automakers have been releasing advanced driver assistance systems at a rapid pace, but new technologies come can have teething problems, or lead to an increase in consumer frustration. The new research center - nicknamed STIL - “will enable Hyundai to analyze field data, understand the root cause of issues and quickly take action to ensure vehicle safety.”

The new facility was developed in collaboration with the National Highway Traffic Safety Administration (NHTSA) in response to a 2020 Consent Order. Hyundai is spending about twice as much as the required $26 million investment to create a comprehensive center that will also boast a field crash investigation lab and test track.

The facility is expected to be up and running by autumn 2023.