The 2022 Los Angeles Auto Show runs from November 18th through the 27th. AutoMobility LA serves as the press day ahead of the show on November 17th, 2022.

Detailed coverage for the show can also be found by loading the 2022 Los Angeles Auto Show saved workspace in our Vehicle Information Center.

Founded in 1907, the Los Angeles Auto Show (LA Auto Show), is one of the most influential and best-attended auto shows globally and spans more than 1,000,000 square feet. Each fall, show creator ANSA Productions gathers the who’s who of the auto industry to unveil the future of mobility in the car culture capital of the world.

Delivering worldwide media exposure, industry networking, and experiential marketing, our Media and Industry Preview Day called AutoMobility LA draws more than tens of thousands of auto industry decision-makers and influencers, including nearly 5000 media and journalists from 50+ countries. It brings together the entire ecosystem driving the convergence of technology and the automobile.

Following AutoMobility LA, the show opens its doors to the public for the LA Auto Show, where hundreds of thousands of qualified car shoppers, enthusiasts, and auto fans come together for ten exciting days in the nation’s largest car-buying market. 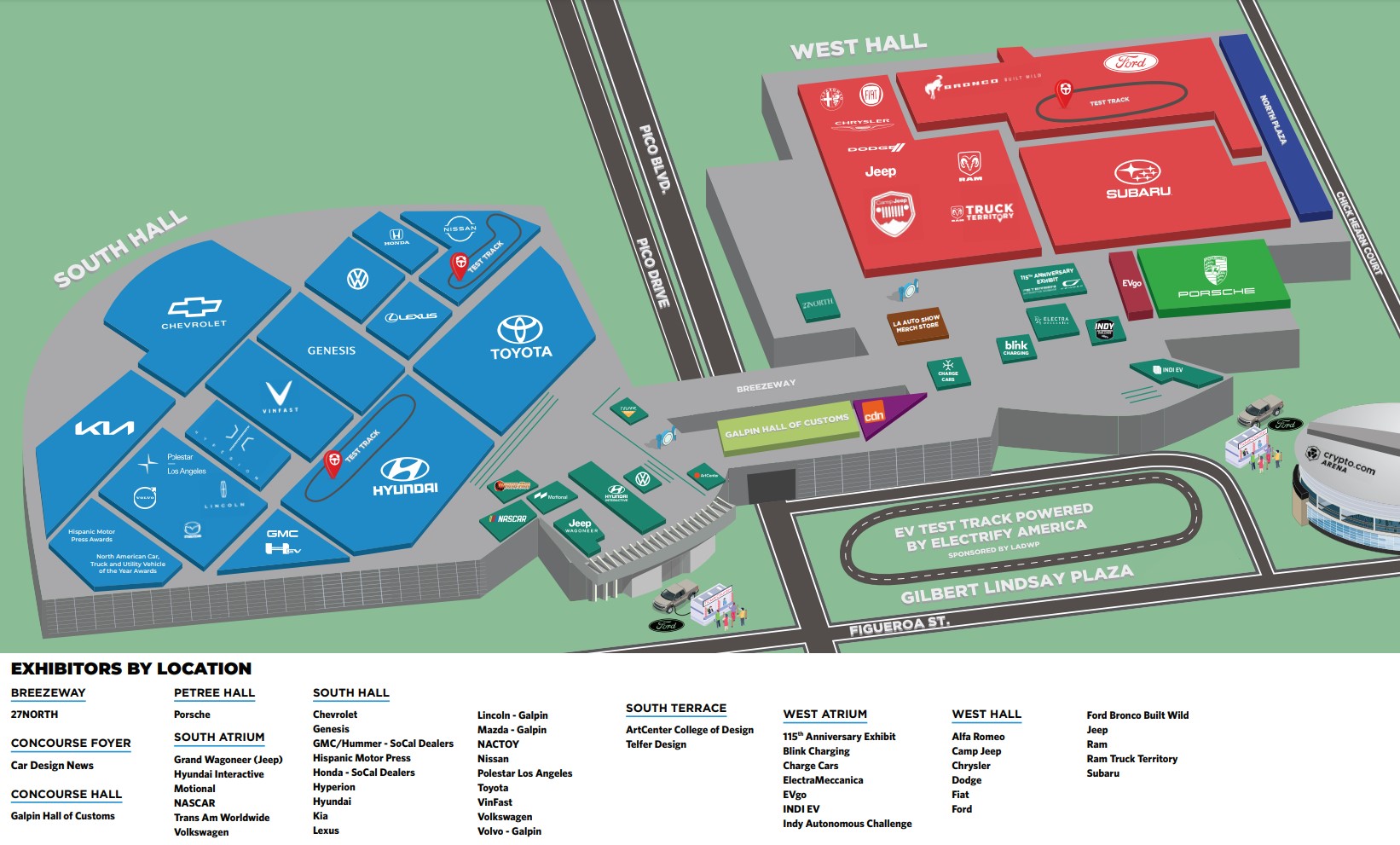 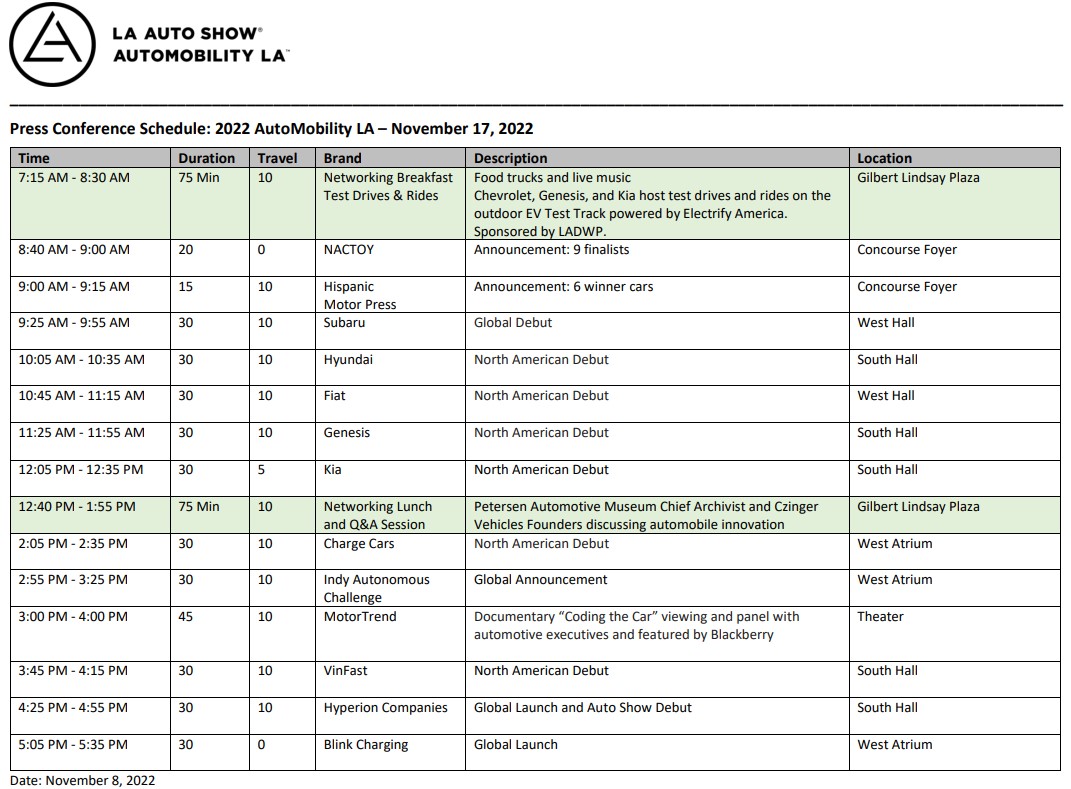 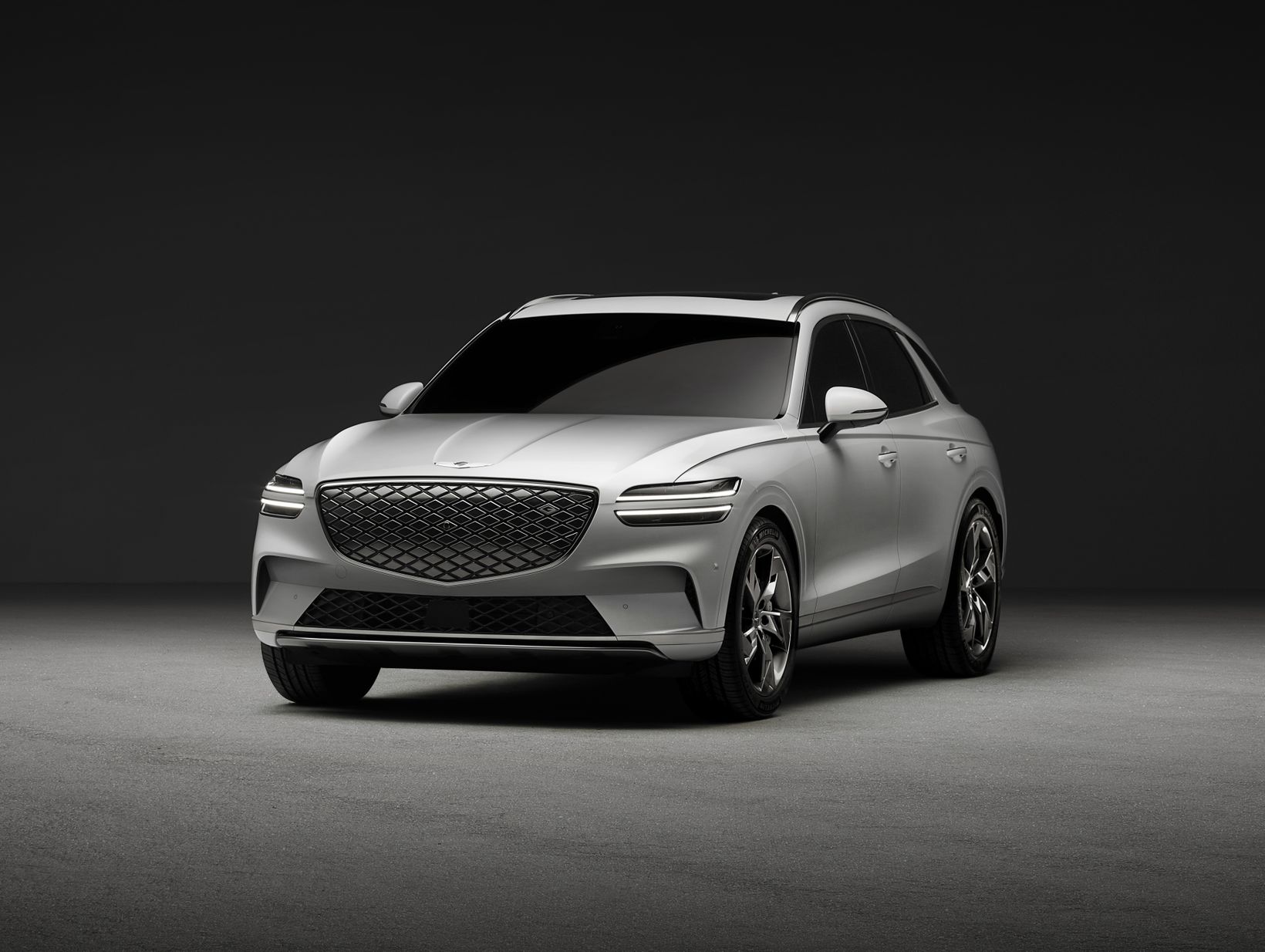 Genesis is expanding its EV lineup with another model that’s nearly identical to one of its gas-powered offerings. Unlike the funky-looking electric GV60, the new Electrified GV70 compact luxury crossover will look just like the gas-powered GV70, joining the G80 luxury sedan’s twin, the Electrified G80, in the Korean luxury automaker's electric lineup.

The key difference between the gas and electric versions of Genesis’ compact luxury crossover is the Electrified model’s solid textured grille that hides a panel for the charging port. And, of course, there are no tailpipes sticking out the rear. This example revealed for global markets is finished in a matte Atacama Copper paint job with a Glacier White interior. Its cabin is also identical to the gas-powered model with a large, widescreen display that rises up from the dashboard. 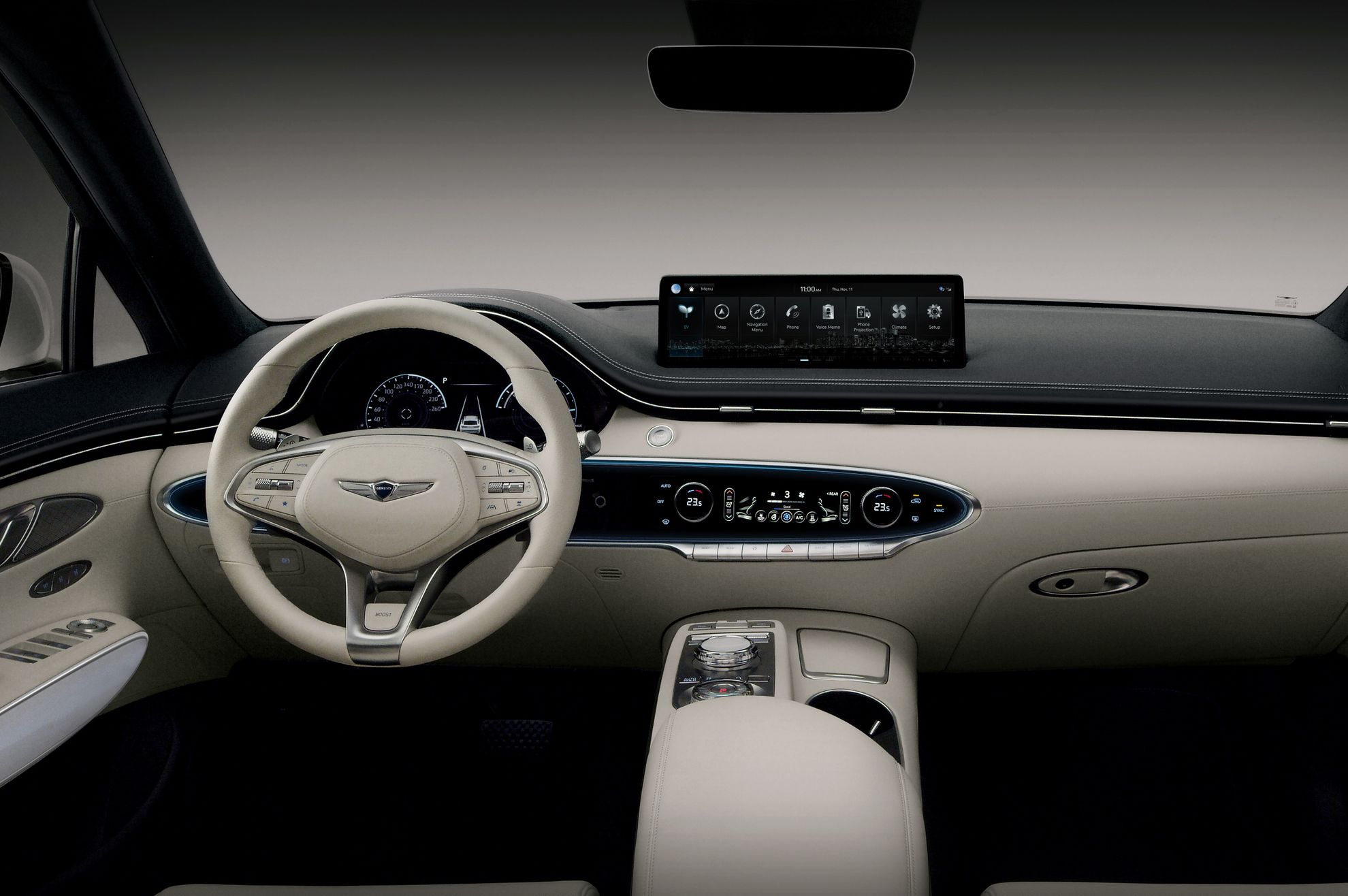 All Electrified GV70s come standard with a dual-motor setup providing all-wheel drive, but they can disconnect the electric motor from the driveshaft to switch between two- and all-wheel drive, helping efficiency. The two motors produce 483 horsepower in a special Boost mode that will help it reach 60 mph in 4.5 seconds, according to Genesis. That claim is 0.4 seconds ahead of the 375-hp GV70 3.5T we tested. Genesis hasn’t announced details on the battery pack or range estimates, but it claims that while using 350-kW fast charging it will have the capability to replenish the battery from 10 to 80 percent in under 20 minutes. 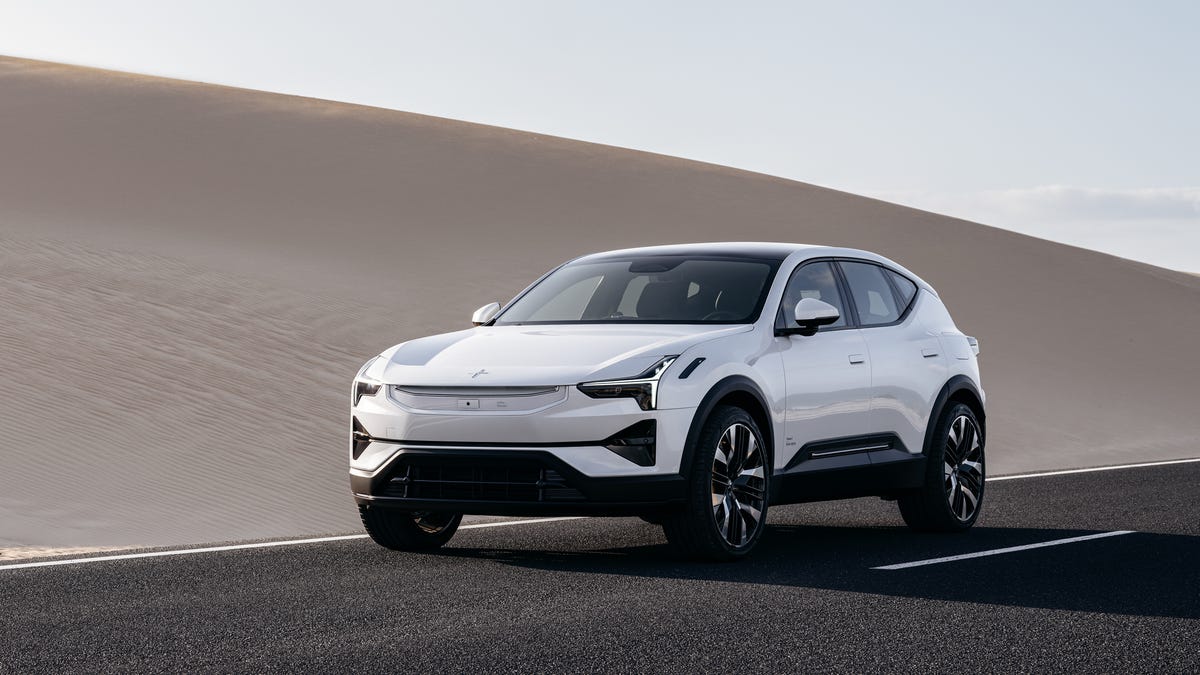 After more than a year of teasing, the wraps have finally been taken off the Polestar 3, a fully electric SUV that is aimed squarely at the Porsche Cayenne. While it's based on the same SPA 2 platform as Volvo's upcoming EX90 (with which it also shares much of its impressive technology), the 3 is the first Polestar model to be developed for the brand from the start. To that end, it's also the first production Polestar to wear the brand's unique design language that first debuted on the Precept concept, which will go on sale as the Polestar 5 in 2024.

At 192.9 inches long and 64 inches tall, the Polestar 3 is slightly shorter and lower than a Porsche Cayenne, and its 117.5-inch wheelbase is 3.5 inches longer than the Cayenne's. Aerodynamics were a big focus when it comes to the Polestar 3's design, resulting in a fairly slippery drag coefficient of 0.29. There's up to 8.3 inches of ground clearance, only an inch less than a Mercedes-AMG G63, and the 3's athletic stance is helped by the flared rear haunches and standard staggered-width 21-inch wheels; 22s are optional.

The interior is clean and simple too, with a continuous air vent strip running across the dashboard and a large trim piece sitting below it. A vertically oriented 14.5-inch touchscreen and a slim, horizontal 9-inch gauge cluster display are freestanding off the dash, and the new steering wheel has controls that appear hidden. Aside from a physical volume knob on the floating center console, the window switches on the door panels and the steering column stalks for the wipers and gear selection, there are no other physical controls on the interior. 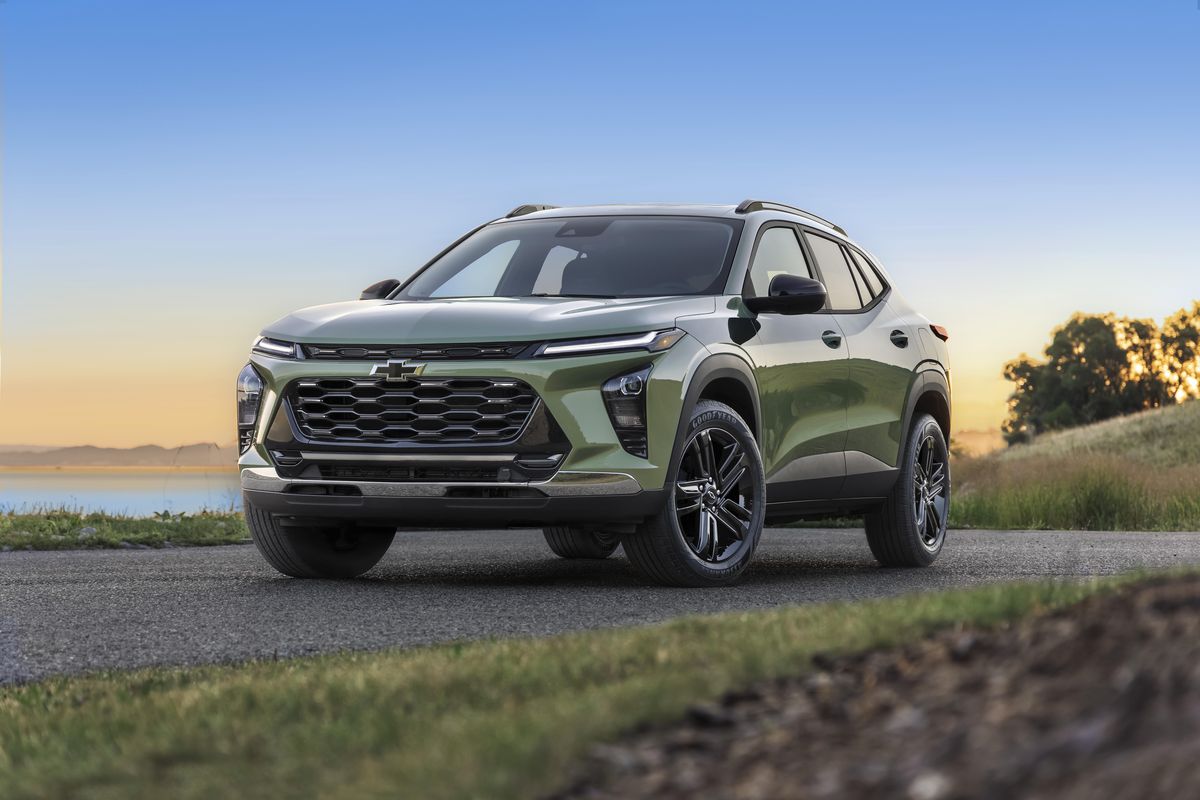 Chevy is replacing the old Trax subcompact SUV with a new model for 2024 that's larger, less expensive, and more attractive inside and out. The redesigned 2024 Trax starts at under $22,000 and will go on sale in the spring of 2023 serving as Chevy's new entry-level model now that the tiny Spark hatchback is gone.

With a significantly longer wheelbase and overall length and a lower roof height, the new Trax's proportions are quite different from the stubby, tall model it replaces. Chevy says it has more rear legroom and cargo capacity than its predecessor. The new Trax is actually slightly larger than the Trailblazer, Chevy's other subcompact SUV, but it's positioned as the cheaper option, as the Trailblazer starts at $23,295 and offers more powertrain options including all-wheel drive; the Trax is front-wheel-drive only.

The 2024 Trax comes only with a single engine choice, a turbocharged 1.2-liter inline-three with 137 horsepower and 162 pound-feet of torque. A six-speed automatic is standard. This is also the Trailblazer's base engine, but it offers a more powerful 1.3-liter turbo-three with 155 horsepower.

With its starting price of $21,495, the base Trax LS will be one of the cheapest SUVs on the market. 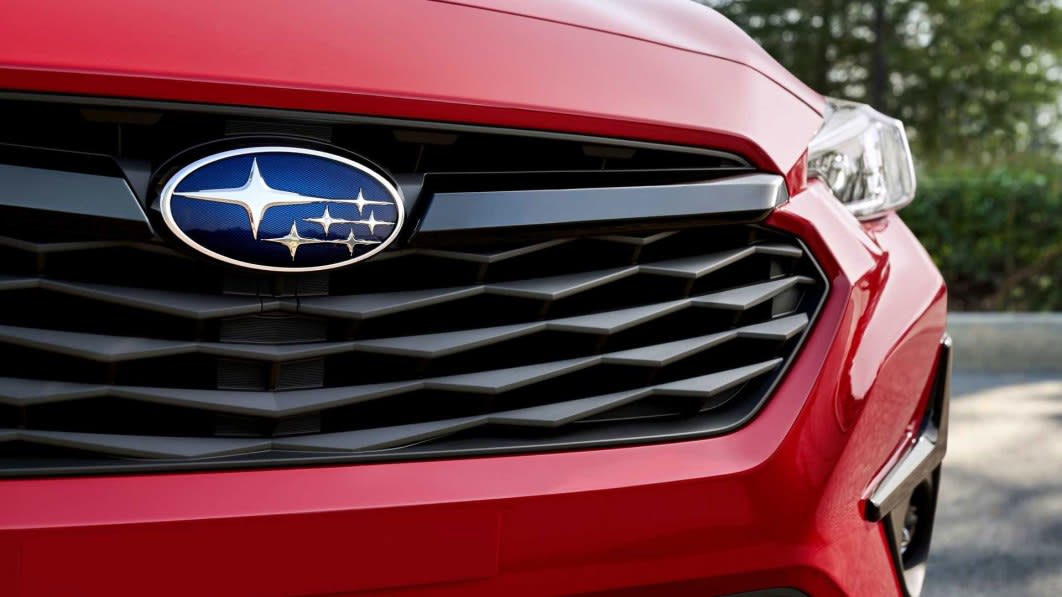 There's an all-new 2024 Subaru Impreza headed to the LA Auto Show. A teaser image of the new grille was posted to Subaru USA's Facebook page and it makes a better first impression than the anonymous grille on the current Impreza. A set of serrated strakes fill the opening beneath a crossbar bearing the automaker's Pleiades badge. We're given a glimpse of the reshaped bumper at the edge of the hatch and a new headlight design with lenses that jut from the sheetmetal. 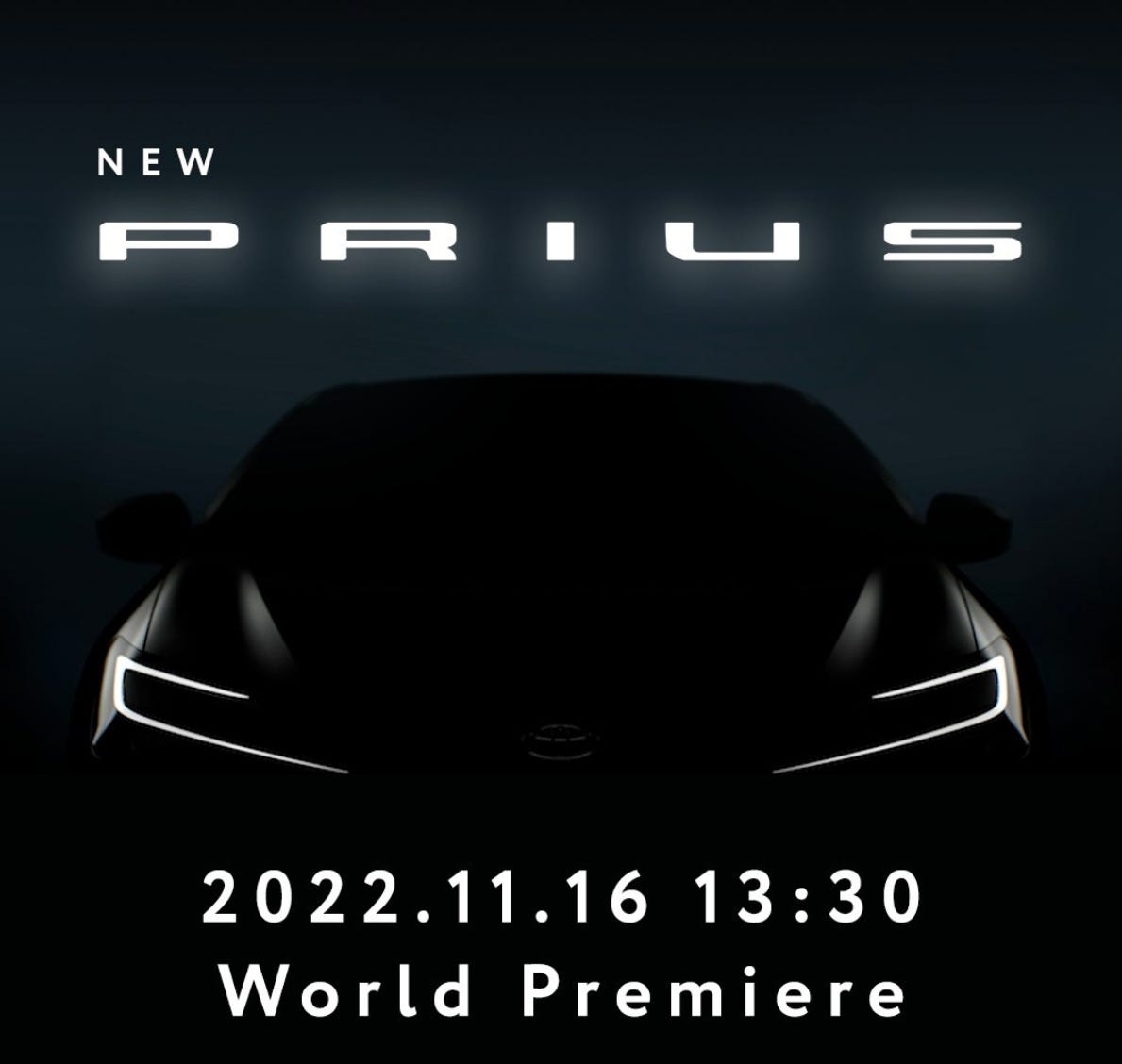 Toyota has issued a few teasers on its social media channels ahead of the 2023 Prius' official debut in Japan on Nov. 16. While the posts aren't giving away the whole shebang, there are some styling choices that stand out, like dramatically revised headlights that bear more than a passing resemblance to the new Crown hybrid sedan. A shot of its silhouette makes it pretty obvious that the Prius will remain a hatchback, as well.

One Instagram post includes the phrase "Hybrid Reborn," so it's likely that the Prius will retain its traditional gas-electric hybrid powertrain, but otherwise details remain scant. According to Carscoops, reports from Japanese media claim the new Prius will ride atop a new vehicle platform that includes components from Toyota's other EV and internal combustion platforms. There's also a rumor that it may include a hydrogen-electric hybrid powertrain, using hydrogen in place of gasoline in an internal combustion engine, but that has not been confirmed.