One of the newer technologies making its way into vehicles from multiple manufacturers is digital "phone as a key" or keycard technology that lets you unlock or drive the vehicle without a traditional keyfob. 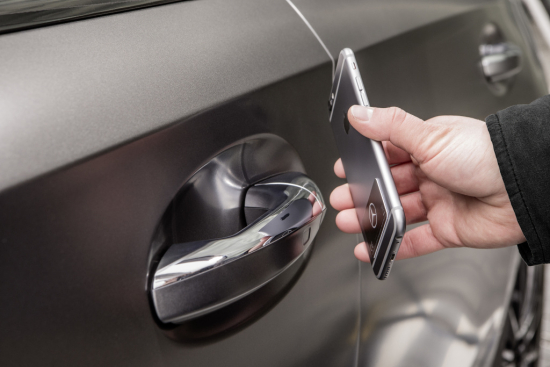 Looking for Smartphone Connected Features? Jump to the bottom of this article for our summary of features like Phone As A Key, Smart Device Entry, Smart Device Remote Engine Start, and Smart Device Integrated Apps.

UPDATE [5/19/2022] Due to recently discovered Bluetooth security issues, Ford has announced a delay in rolling out the Phone-As-A-Key feature on the new all-electric F-150 Lightning. "Hyundai and its Genesis brand are reportedly close to adding support for Apple’s digital car key feature, which lets you unlock and start compatible vehicles using the iPhone’s Wallet app, according to Bloomberg’s Mark Gurman. According to Gurman, the so-called “CarKey” feature is set to come to Hyundai’s Genesis lineup this summer."

"Hyundai already offers proprietary iOS apps, including MyHyundai with Bluelink and the Genesis Intelligent Assistant, which include the ability to remotely start, or unlock the doors of compatible vehicles. But adding support for Apple’s implementation of the digital key feature should make the functionality more seamless, and benefit from system-level Apple Wallet shortcuts. Hyundai’s site notes that its NFC-based digital key feature is currently only available on Android phones."

"Apple first announced its digital car key feature in 2020, but so far it’s only available on select BMW models. Reports that it would be coming to Hyundai’s cars date back to at least January 2021 when Business Korea reported on the plans, and reference’s to Hyundai’s Genesis cars have also been discovered in iOS 15 code."

Samsung partners with Audi, BMW, Ford, and Genesis to turn your phone into a car key "The dream of using your phone to unlock your car door (instead of carrying around a bulging key fob) may be one step closer today: Samsung has announced partnerships with Audi, BMW, Ford, and Genesis to do just that, saying the feature may be available as soon as August 2021. And excitingly, those digital car keys should work with Apple iPhones and across other Android brands, too." "Apple announced at WWDC this week that you’ll be able to add a digital car key to your iPhone or Apple Watch to wirelessly unlock and start your car. The feature is part of the newly revealed iOS 14, and it will work over NFC, Apple says. The first car supported will be the new 2021 BMW 5 Series, which comes out next month, and Apple says it’s working on an industry-wide standard that would use its new U1 ultra wideband chip instead of relying solely on NFC."

"Once you’ve paired your iPhone or Apple Watch with a car that supports the digital car keys, if you want to unlock your car, you’ll just need to hold your Apple device near an NFC reader that’s in your car (for example, in the car’s door handle). You won’t be asked to confirm your identity with Face ID or a passcode by default, but you can turn off the so-called “Express Mode” for additional security. Apple says the feature will support the older iOS 13 as well."

"If you want to share your car key, you’ll be able to do so via the Messages app. When sharing a digital car key, you’ll be able to restrict certain features in your car, such as limiting acceleration, top speed, or stereo volume. That could be useful if you’re lending your car to a teen driver, for example, and you can revoke the keys later at any time. Also, Apple won’t know when you access your car or who you share your car keys with, the company said in a video."

"Apple says the digital car keys work with no network connection, so in theory, you’ll still be able to lock your car even in the depths of a parking garage. The keys are also supposed to work “for up to 5 hours” after your iPhone’s battery has run out and flipped into a “power reserve” mode, which will hopefully alleviate some anxiety about not being able to access your car after being away from a charger for awhile."

The following manufacturers have introduced digital keys or keycards on one or more vehicles in their lineup: 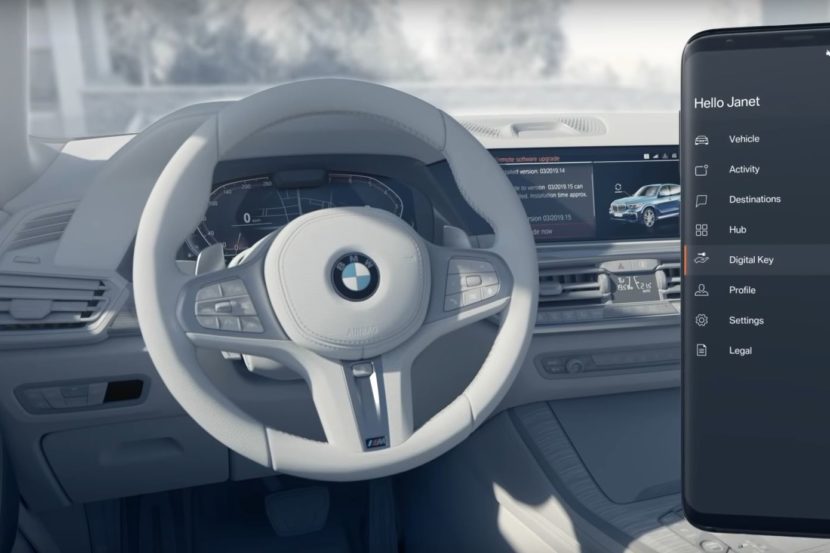 "The BMW Digital Key available for the new BMW 8 Series Coupe and new BMW X5 (if Comfort Access is specified) allows the car to be unlocked and locked using the owner’s smartphone. Once inside, the engine can be started as soon as the phone has been placed in the wireless charging or smartphone tray. The Digital Key is available as part of the BMW Connected app, can be shared with up to five people and can be used with selected Near Field Communication (NFC)-compatible smartphones." 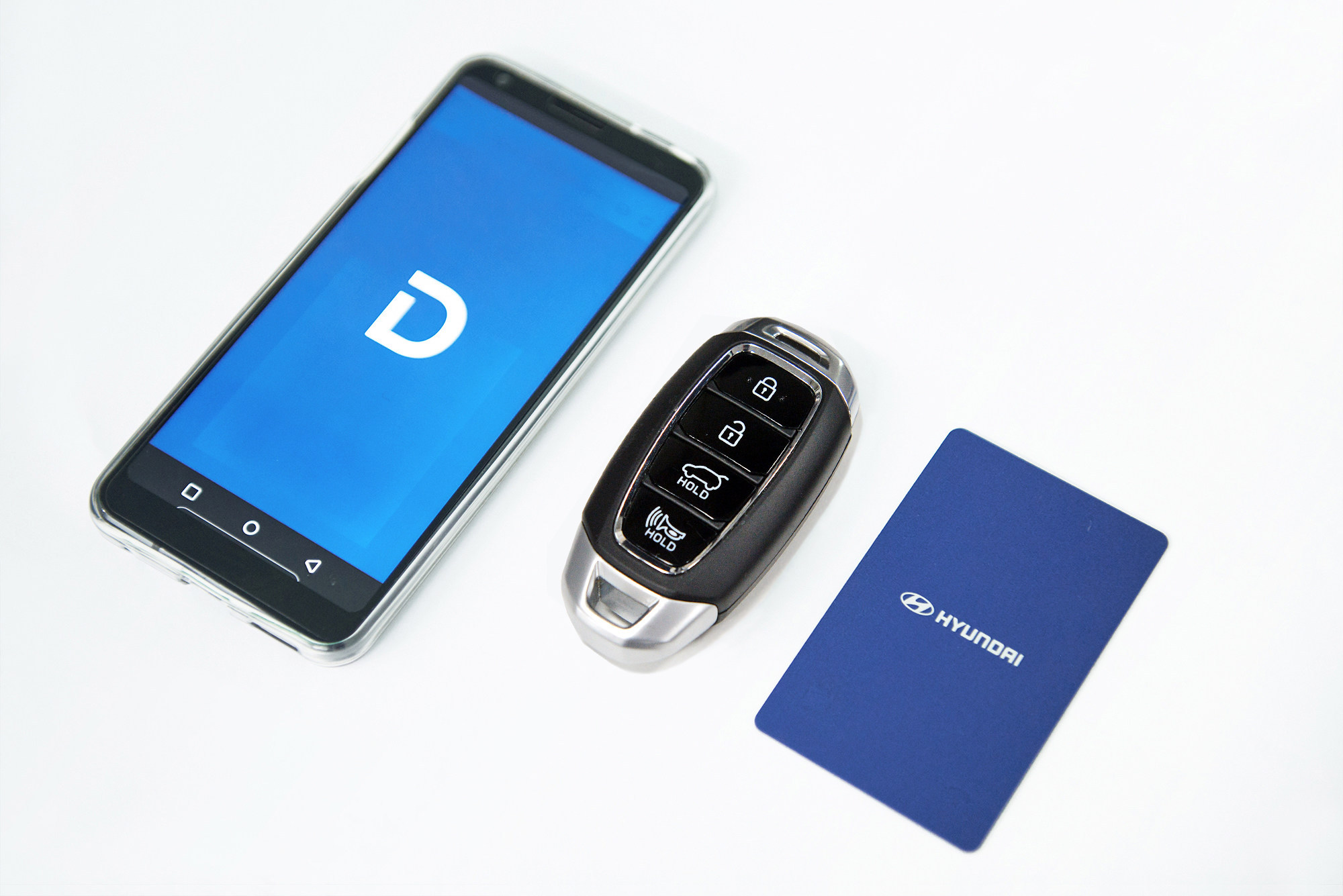 "Owners can download a smartphone app and then use it to unlock and start the vehicle. This is done using Near Field Communication (NFC) technology and Hyundai says the Sonata will come equipped with three NFC antennas. One will be located in each front door handle, while the third is integrated into the wireless charging pad in the center console."

"First launched in the E‑Class, the Digital Vehicle Key is now available as an optional extra ex-works for a number of model series. However, not every smartphone has an NFC interface that complies with Mercedes-Benz's security standards. For the new A-Class, therefore, there is now a Digital Vehicle Key Sticker with a built-in microcontroller. Customers can order this sticker from the Mercedes me portal. Delivery is through a Mercedes-Benz sales partner."

Lincoln "Phone As A Key" (Bluetooth) 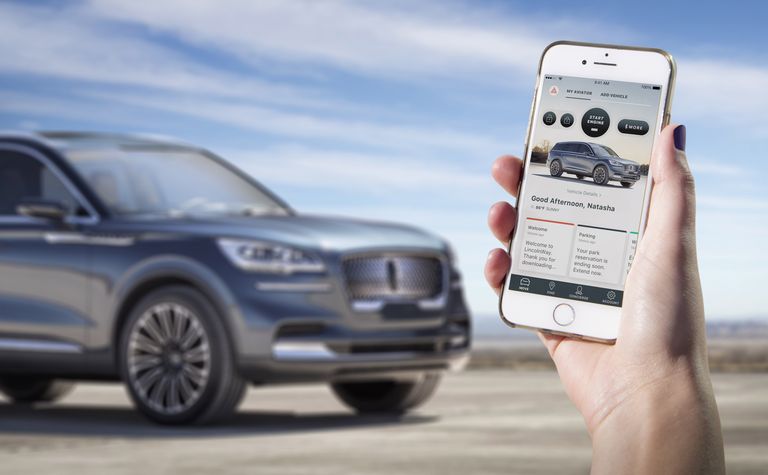 "Operating as a function of its app called The Lincoln Way, Phone As A Key technology promises to eliminate the need to carry a separate car-key fob. (At this point, the old-school stick-'n'-turn keys are a dying breed.) When properly configured, it allows the owner to lock and unlock, open the liftgate, and, importantly, start and drive the vehicle with just their smartphone. Compatible with Android devices and iOS versions 9.0 and higher, the system operates with Bluetooth technology to provide a connection in situations when there is no Wi-Fi or cell network available, such as in underground garages. Eleven antennas help achieve and maintain a solid connection, while the Bluetooth connection covers a circumference of about 130 feet around the vehicle. (The Lincoln Way and Phone As A Key can also operate with limited functionality via Wi-Fi or cell network from further distances to unlock or start the car, Lincoln says.)"

"The Model 3 uses a technology called Bluetooth Low Energy (or LE) that is built into most smartphones made in the past few years (and every iPhone since the iPhone 4S). It allows for a low-power, always-on connection between the phone and the car. When you walk toward the Model 3 with your phone, the car and the phone talk to each other and authenticate, and the car unlocks the doors. The Model 3 comes with a credit-card-size backup key—handy for valet parking—that uses a relatively new technology called near-field communication or NFC; it’s the same tech that allows tap-to-pay iPhone and Android transactions at retailers. If the phone doesn’t work for any reason, the card can be tapped against a spot on the car’s B-pillar to unlock the car. Then, there’s a spot on the center console where the key can be stored, just behind the cupholders, allowing the car to be driven as normal." 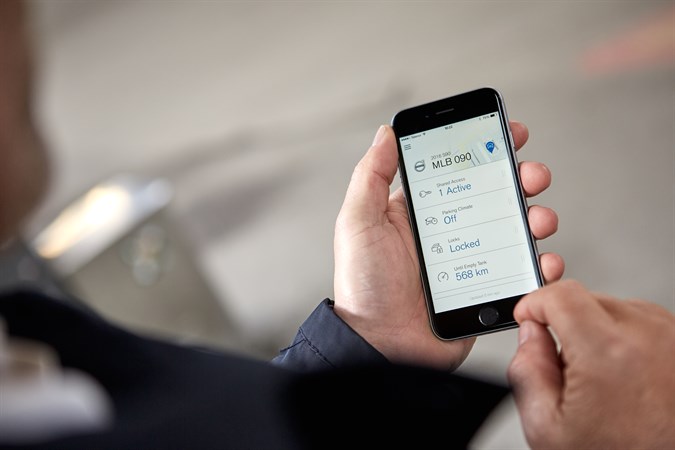 "It’s easy to safely share your Volvo XC40 with friends and family through the Volvo On Call app, giving them keyless access."

"First introduced on the 2017 Jaguar F-Pace, the Activity Key is a simple, shockproof and waterproof wearable that allows drivers to leave their key fob safely locked in their vehicles and get on with their day. The idea behind the RFID-based tech, which incorporates a battery-free transponder, is that traditional key fobs can be inconvenient to carry around -- especially when engaging in the sort of lifestyle activities that SUV advertisements promise everyone is into."

We have investigated what type of smartphone-connected features are available and created an Excel spreadsheet breaking down these items, including Phone As A Key, Smart Device Entry, Smart Device Remote Engine Start, and Smart Device Integrated Apps.

Here is a sample of this information:

If you are interested in accessing the full report, simply email us at This email address is being protected from spambots. You need JavaScript enabled to view it.!